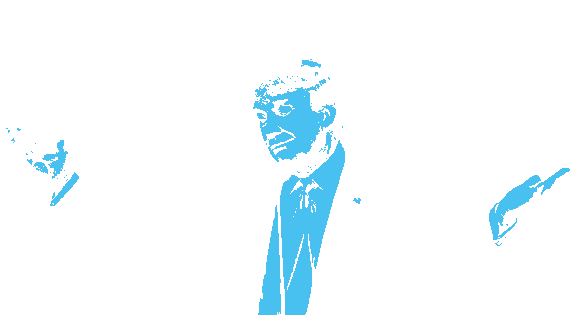 We Do A Little Trolling

Below is a compilation of Lame Ass kpoop fans and more getting fucking owned by me on the shit web sight known as last.fm

ktard doesn't understand why I, a man clearly suffering from yellow fever, would want to see a group of scantily clad asian women naked (low IQ, probably identifies as a feminist)

I explain how the "artists" have sexualized themselves and it is actually ME who is the victim in this situation.

The ktards, having been completely and utterly obliterated by my facts and logic, can not form a rational response and resort to accusing me of having a small penis (irrelevant) and also accuse me of being a mentally ill child (absolutely no evidence provided)

I explain how their baseless accusations have no effect on me and reveal the actual size of my penis despite it being an irrelevant detail.

The kshitter, again being completely and utterly destroyed is speechless and to this day, nearly a year later, has still not been able to respond

kshit fan thinks the new BTS (Boys That Shit) song is the best song made in the year 2020. I reply, telling the kpooper that the song is actually the biggest shit of the year.

The kpooper responds accusing me of various phobias and isms, as if such accusations would matter to a Sigma Male.

Immediately after this post the kpoop fan blocks me, preventing me from refuting these accusations. A "hit and run" if you will. The kpooper chose to flee rather than face a Sigma Male like myself.

Here I am, excercising my first amendment rights, expressing my opinion on popular korean singer "RM"

Low IQ, cringe, beta male, attempts to own me by calling me a "lifeless clown"

I remind him that he listens to kpoop. At this point the beta male kcrapper realizes he has been totally owned and never responds. He probably killed himself.

Then, out of nowhere, unprovoked, a retarded brazillian begins to spew his key smash of a language all over my screen.

With no way to possibly comprehend what this exceptional individual has just typed, I call him a retard and ask him what he is trying to say.

Again, he responds by smashing his keyboard repeatedly, though this time it seems he was able to produce a somewhat coherent sentence before returning to taking a dump on his keyboard.

I tell him how I feel about his language and that he should stop trying to communicate and just listen to his gay asian music.

FINALLY the brazillian learns how to properly use a keyboard and sends a mostly comprehensible message. He accuses me of having multiple phobias and says his "language" is actually one of the most difficult in the world. 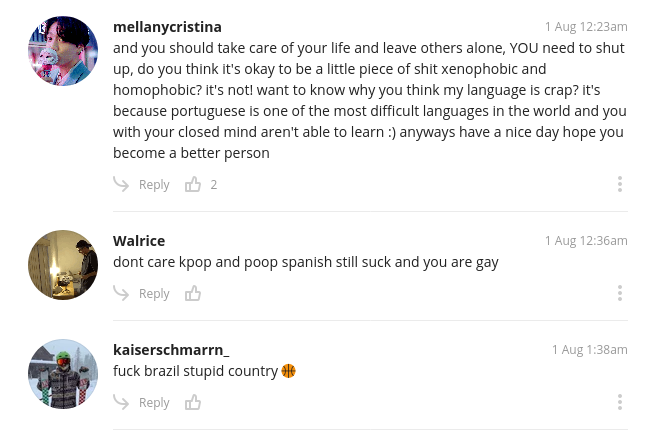 I restate my opinions on his language and accuse him of being a homosexual. At this point the brazil tard is completely owned and never responds as he most likely destroyed his computer in a brazillian tard rage.

A faceless individual named "retaerded" seems confused. It is unclear who he is talking to.

A braziltard, in shock after learning of these new allegations, fails to produce an intelligible message.

For context here is some information about Dustin Prewitt, Eminem's biggest hater AKA Dustin Dimwitt or "DXP6986"

I post on the profile of eminem-official, asking if this is truly the account of famous rapper Eminem. The Eminem hater tells me it is not. 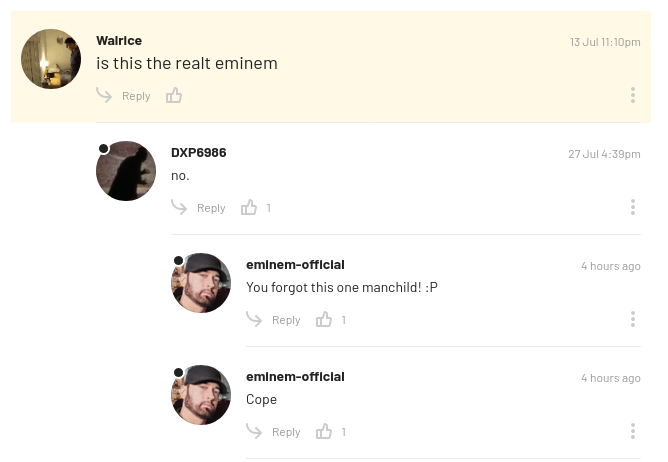 Over a month later, the famous rapper Eminem and dustin have some kind of argument. Since dustin is a Pussy Ass Wigga, he deleted his shouts before I could see them. 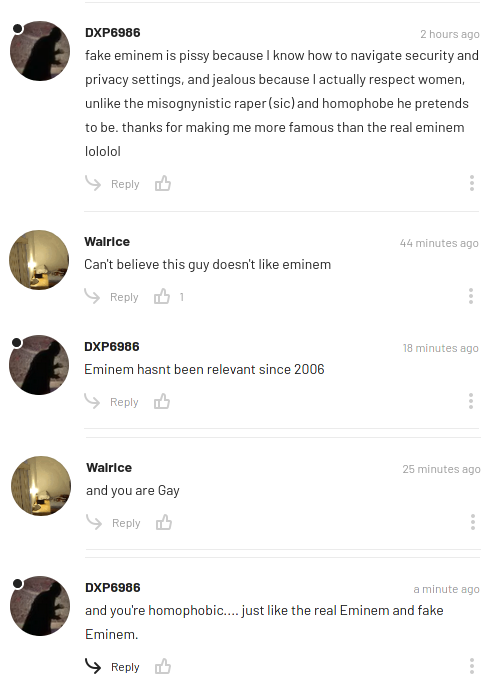 I accuse him of being a homosexual. dustin, having been totally owned before we even started, can do nothing but accuse me of being a homophobe (false)

I tell him I am in fact NOT "homophobic" and if anything the homosexuals should be afraid of me. dustin again accuses me of being a homophobe and also accuses famous rapper Eminem of being a homosexual. It would seem that dustin is in fact the homophobe here as he is too afraid to type the word "FAG" 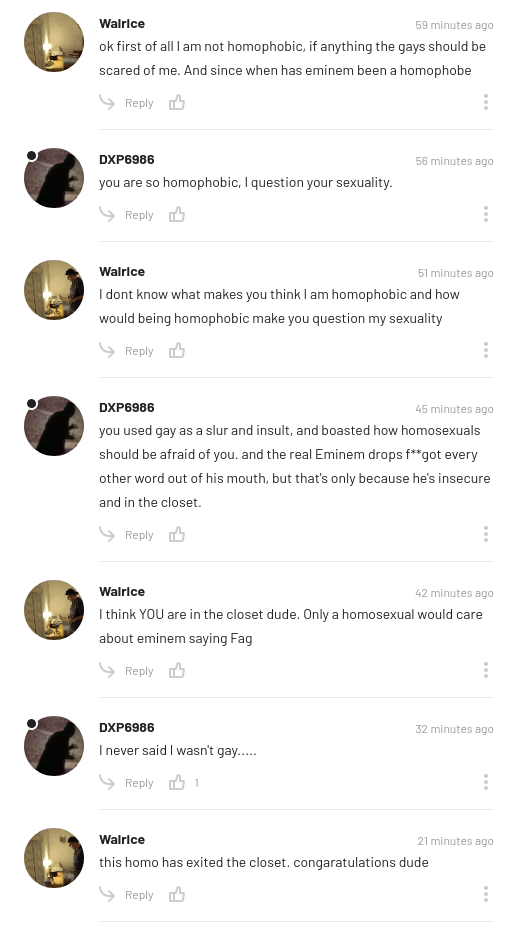 Then only minutes later, dustin denies being a homosexual and again accuses me of being a homophobe (repetitive behavior as a result of dustins low-functioning autism) 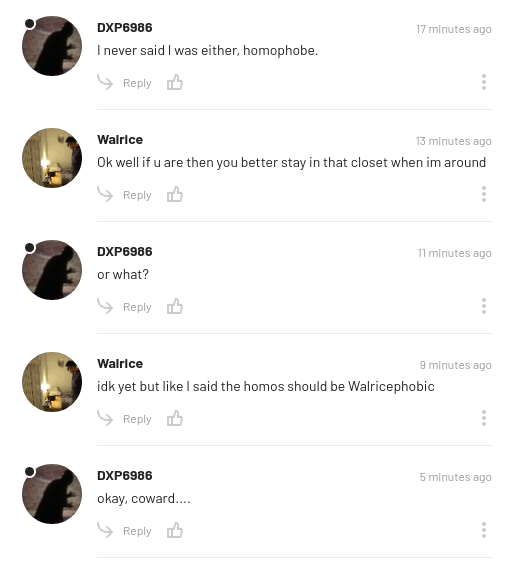 dustin, despite having no knowledge of my physical appearance, describes me as ugly and unattractive (ironic, considering dustin is fat and looks like a 35 year old kiddie diddler) 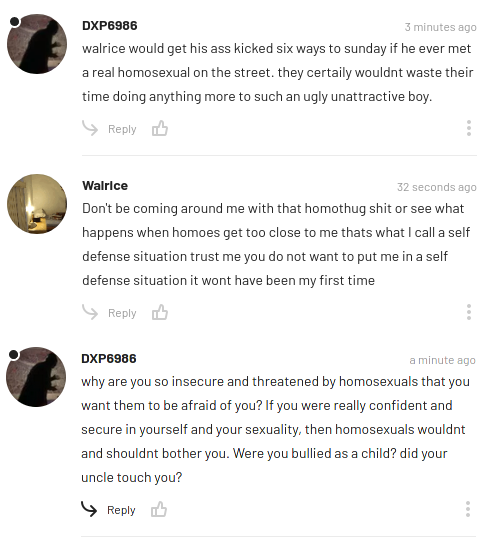 I explain to dustin what would happen if a homosexual attempts to interact with me in real life. In response dustin continutes his autism induced repetitive behavior and yet again accuses me of being a homophobe.

I tell dustin about an incident where I used a firearm to defend myself from a homosexual attacker, therefore validating the threats I had made earlier. 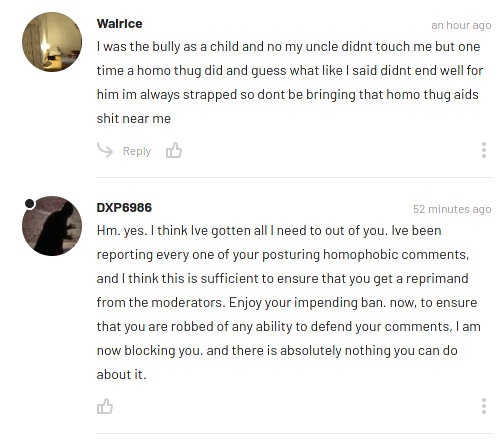 dustin, not only realizing that his life was in danger, but that he had also been completely and utterly destroyed in an online argument, blocks me and deletes all of his posts.

a Real Life picture of this exceptional individual

and finally, a message for Dustin Prewitt AKA "DXP6986"